This is the story of a very courageous woman named Cynthia J. Maurer. I met "C.J." as the result of Lee Elder of AJWRB referring her to me as she needed friends and support. She had been suffering with ovarian cancer and had just disassociated herself from the Watchtower Organization during 2001. C.J. became a born again Christian and had accepted Jesus Christ as her true Savior.

I first contacted C.J. around January, 2002 and began to correspond with her by emails. Her first email to me had the subject header, "From another Cynthia". I bonded with her right away, as my name is also Cynthia, but C.J. always went by her nickname of "C.J." and preferred to be called by her nickname.

CJ was a JW for more than 25 years and faithful in every way. She was always a "sister in good standing". Her first husband committed suicide in the 1970’s after being disfellowshipped for smoking. Originally from Indiana, she had been living in Tucson, Arizona the same town where I grew up. She had two young children left at home, a son, Derrick, 13 years old and a granddaughter, Jamie who was 10. She also had two daughters in their 20’s, Rebekah and Lily.

Read more »
Posted by Cynthia Hampton at 8:24 PM No comments:

Jesus Christ, Who is He?

SON OF GOD
Jesus was often called "the Son of God," and made allusions to this title himself on occasion. The apostle Paul speaks of him as the Son of God who emptied himself of His glory and took upon Himself a human body along with its limitations in order to accomplish the salvation of man. Philippians 2:68 tells us about this surpassing and unfathomable love:
Although He existed in the form of God, [He] did not regard equality with God a thing to be grasped, but emptied Himself, taking the form of a bondservant, and being made in the likeness of men. And being found in appearance as a man, He humbled Himself by becoming obedient to the point of death, even death on a cross.
Bible scholars tell us that this expression "Son of God" conveys Christ's inherent Deity, especially in view of the Pharisees' reaction to it (John 10:31-36; 19:7). However, did the apostles recognize him as "God in the flesh" (as modern scholars refer to him)?

Read more »
Posted by Cynthia Hampton at 4:07 PM No comments:

Sin and Salvation, Law and Freedom

(Note: This article originally appeared in a book called Refuting Jehovah's Witnesses. The book was published in 1985.

The word sin comes from the Greek hamartia, which means "to miss the mark," just as an archer would shoot an arrow that could never quite make it to the target. Likewise, the target that we are supposed to be reaching is moral perfection and close communion with God. To sin is to fall short of this target. Fornication, sensuality, idolatry, strife, drunkenness, etc. are some of the sins that we can become victims of, according to Galatians 5:19-21. The apostle Paul says that practicing such things will keep us out of the kingdom of God. But exactly why are these actions called sins?
For one thing, they are harmful to the welfare and spirituality of others. Even more importantly, they alienate us from God, and cause us to fall short of moral perfection. Could we say that jealousy and anger are "lesser" sins than lust? Both involve sins against another person, and could have an equally devastating effect. Both alienate us from God. Both are sins. Both carry the same penalty of death (Romans 6:23).

My Experience on the Leah Remini "Aftermath" Special on Jehovah's Witnesses 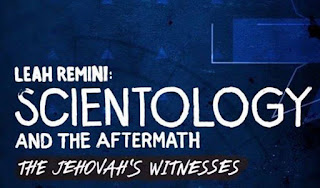 I was very happy about being asked to be on Leah Remini’s “Aftermath” special on Jehovah’s Witnesses. For months, I had heard that Leah Remini was going to do a special on the JWs, but I didn't know any details. Last year I had been on the  Dr. Phil Show, but when it came time for me to finally speak, it was maybe all of 15 to 30 seconds.

I had no idea when Leah Remini was going to do this show. Then I got a call from someone else who had been asked to be on the show but she declined (she was getting married that weekend) and she asked if I was interested. So I said "yes" and we were off to the races. I was interviewed by a couple of their producers and they decided I was a good fit for the program. They wanted the "women's issues" perspective on the program.

In this month of May 2018, it has been exactly 36 years since I decided to visit a church after leaving the Jehovah’s Witnesses. The more I think about it, the more I know that God had me go to the right church at the right time.

I have given my testimony many times and always mention how I met Mary at church, recognized her as an Ex JW and was so happy to meet her. She took me under her wing and showed me exactly what was wrong with the Watchtower. I think what nailed it for me was when she produced the April 1, 1979 Watchtower from the “Questions from Readers” where a person wrote in and asked if Jesus was the mediator for all Christians or not. The answer given by the Watchtower was a firm “no” because, as they explained, Jesus was only mediator for the “anointed” Jehovah’s Witnesses, or those who claimed to be part of the 144,000 “heavenly class.”
Read more »
Posted by Cynthia Hampton at 1:29 PM No comments:

When Spousal Abuse Happens in the Church 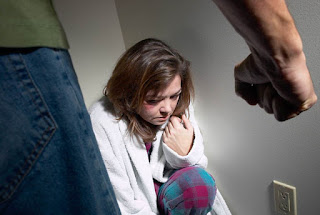 If you have read my testimony, you already know that one reason I left the Jehovah’s Witnesses (AKA “The Watchtower”) was because they turned a blind eye to the fact that my former husband was physically abusing me. I was told that I needed to be “in subjection” to my husband and to stop nagging him so much. I was the victim of his violence, but the elders were blaming me for not being a good and submissive wife. There was a point in our marriage when he left me for a time, but I was told that I had to wait for him to come back and I was not allowed to initiate divorce. It didn’t matter to them how much he was physically violent against me. I lived in fear of him, constantly. When I would hear him come home after work, I would cringe because I knew what that mean most of the time. There was a lot of yelling and screaming at me. Terrible accusations and craziness mentally brought me down. If I said something he didn’t like, he would just slap me across the face. I felt so stuck and a prisoner of this horrible mistake of a marriage I had.

Well that was long ago now, but even though it has been 42 years since I was finally able to escape from him, the scars of what he did remain. I feel like I need to be an advocate and a voice for other women who suffer at the hands of abusive men. I also speak out against ANYONE who ever advises a woman stay with an abusive husband.
Read more »
Posted by Cynthia Hampton at 11:39 PM No comments:

No Longer a Spirit of Fear

On Friday, our family said goodbye to my nearly 95 year old (non-JW) Aunt Josie. She would have been 95 today. She was a sweet woman, but she didn’t want to have anything to do with studying with JWs and least of all, becoming a JW. Yet she remained loving and cordial to family members who joined the JWs and still loved them no matter what. She was a godmother to one of my cousins who became JW as a teen and she still treated my cousin as her goddaughter and was always very loving and kind to her. So at the funeral on Friday, there were four (4) JWs who came to her funeral. That one cousin who had been the goddaughter was there with her husband, and another one of my cousins who brought his adult son.